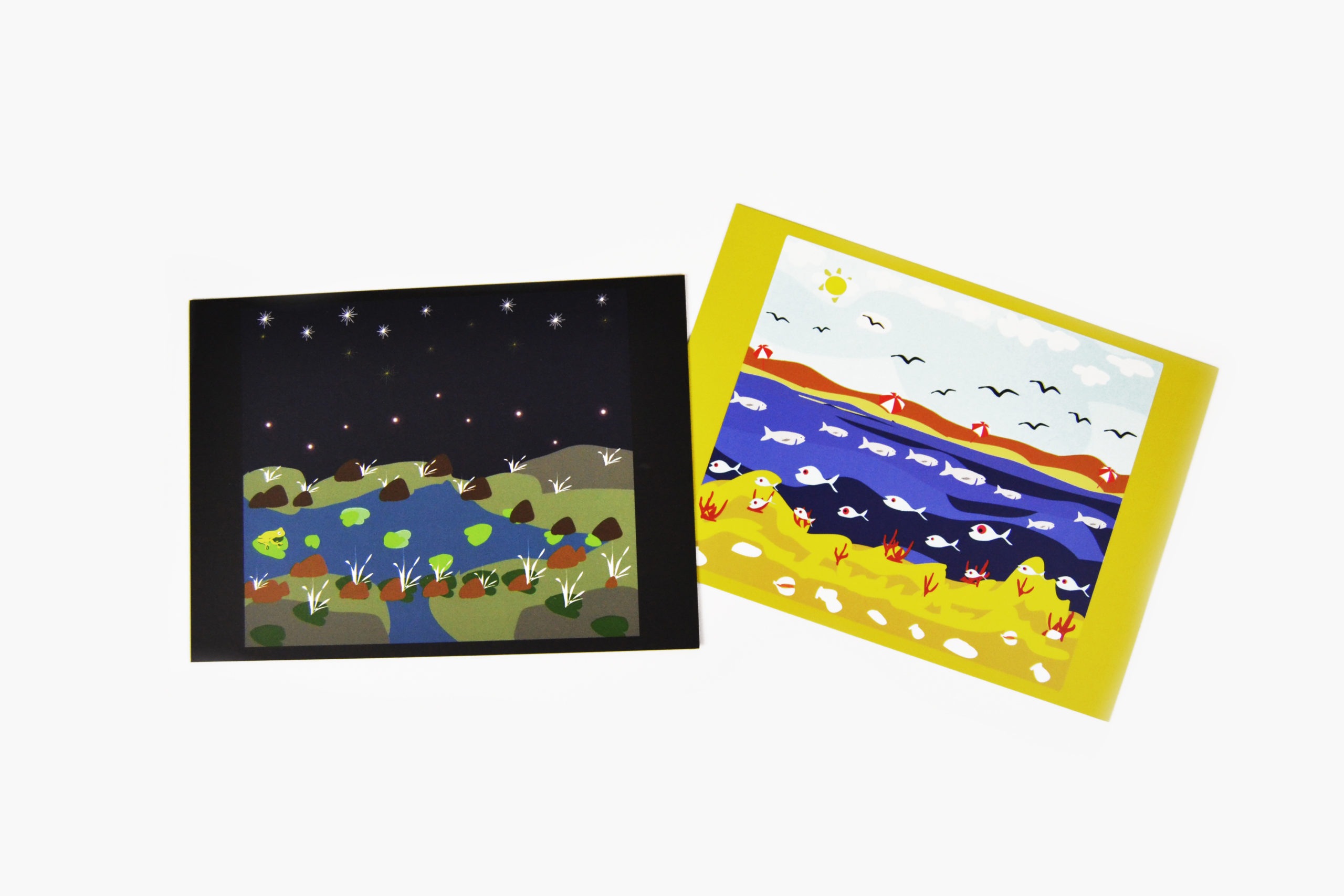 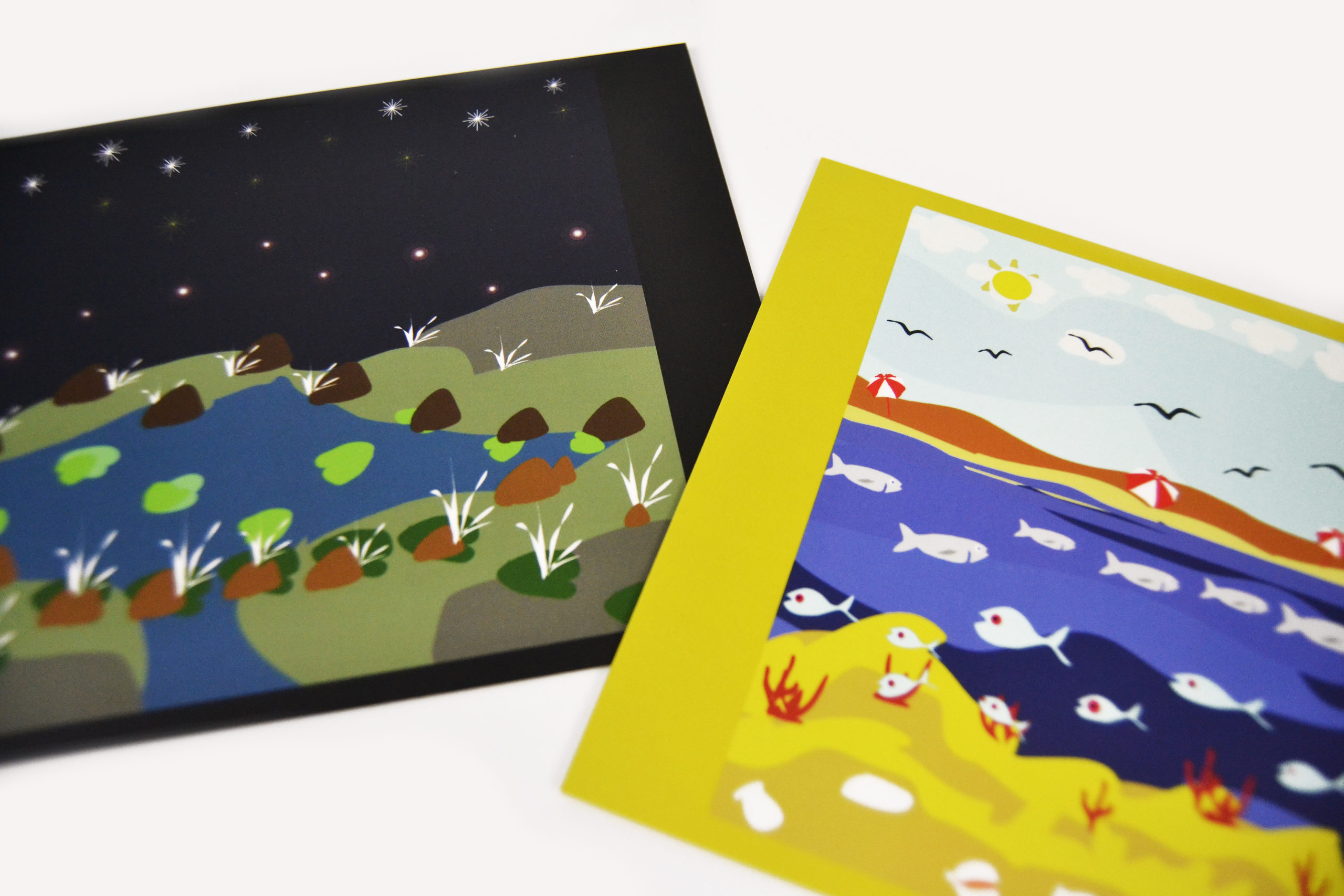 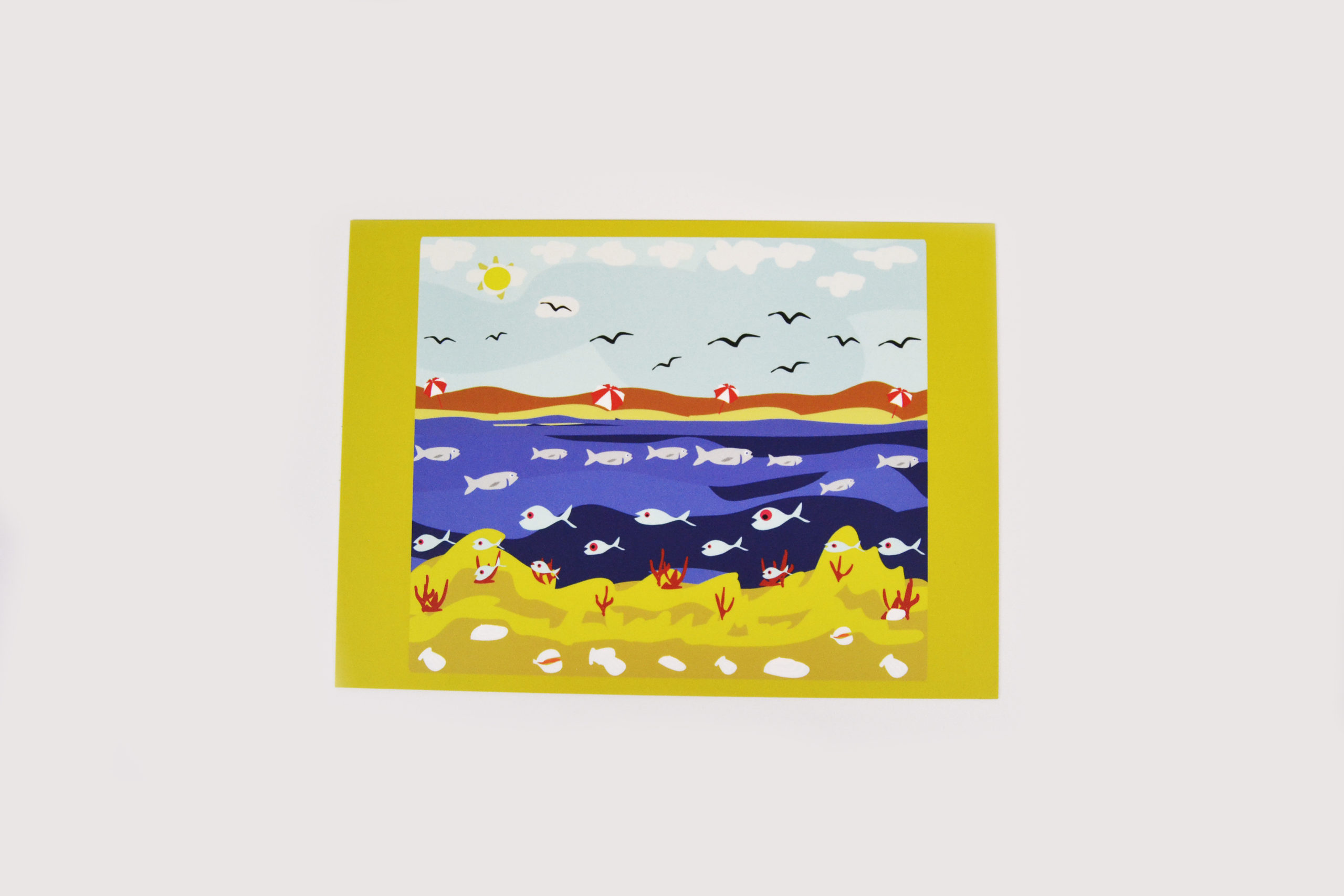 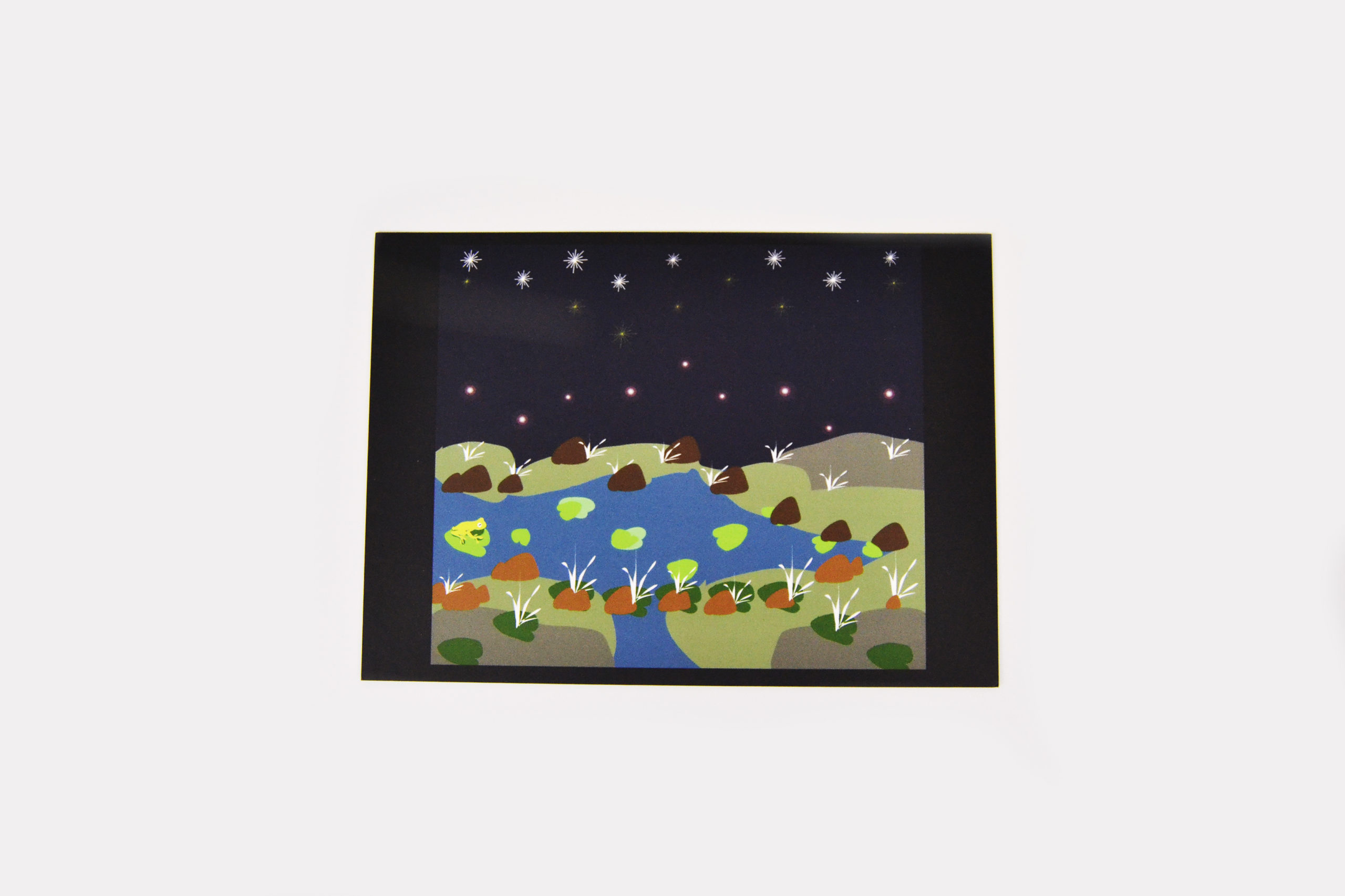 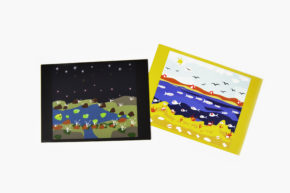 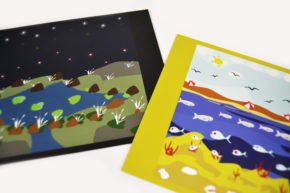 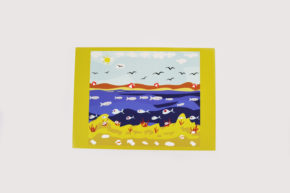 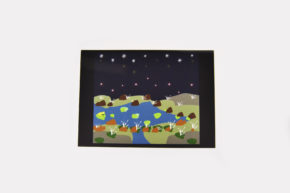 The “Canon of Croakchelbel” (PS1) and “The Magic Beach of Puff” (PS2), two sonic postcards that have the same tune as the “Canon of Pachelbel” and “Puff, the magic dragon.” Ideal for working on scales and graded intonation. Do you already have your harmonic palindrome illustrated?

The illustrations on the postcards have some specific characteristics:

1) They have several highly original elements that are repeated from left to right following some fictitious lines that go up and down.
2) These elements can be understood as the notes of an invisible pentagram.
3) We can find these elements on 15 different levels, that is, in a register of two diatonic octaves.
4) The elements are arranged in ensembles; in other words, like the consecutive notes on a scale.
5) The configuration of these elements is homogeneous: they begin and end in the same way. Therefore, they can be read from the left or the right.
6) The arrangement of the elements is based on the chords of a concrete harmony. That allows them to be read, sung or played with the accompaniment of a specific tune.

How do they work?

It’s very simple. We begin by reading the notes from left to right (considering that the one in the lower left is equivalent to ‘do’ and, at the end of the postcard, you have to turn around and read it the other way around. But you do not necessarily have to follow the same path! At half diction, where the points are bifurcated, we can choose to “sing” another element and thus modify our original path. Therefore, jumping from one side of the postcard to the other, up and down the different points in the illustration, we can create our own composition. The postcard can also be interpreted and played with instruments and you can also form groups and assign concrete parts to different students … the combinations are endless!

• During diction it is recommended not to jump elements that are separated from each other; the fact of not having a pentagram can induce this error.
• It is recommended you perform the exercise with background music (on the internet you can easily find audios or simply play along). In case you don’t have accompaniment, the teacher can always perform the chords of the tune with piano, guitar or any other instrument.
• Postcards can also be used as accompaniment to other songs that have the same chords as the “Canon of Pachelbel” and “Puff, the magic dragon”. There are many!

“The pond frog that sang scales”

According to legend, there was a frog who was passionate about music who lived in a pond in the middle of the mountains. He spent the day hiding in his den, but when it began to grow dark, he would climb on a rock and start singing songs. Thus, while the rest of the animals slept, the frog filled the silence of the night with his operas and melodies.

One night it was darker than usual and the frog came out of its burrow and jumped on the rock opposite, but due to the poor visibility he slipped and fell on a water lily that was below. At that moment the frog had in mind the “croakchelbel canon” and was about to croak a “Si”, but by mistake croaked a “La”. The initial surprise quickly became a fascination.

“What fun!” he thought. I can jump up and down by doing scales!

From then on, the frog would spend the night humming scales as he went up or down. One moment, he was leaping over a water lily, the next on top of a rock on the edge of the pond, and later on a rock higher up … he even jumped on top of the stars! They say that from time to time he was distracted and approached some town, but that was a long time ago. No one has seen him for years. So, you know: if one day you see a frog jumping from star to star, sharpen the ear; maybe you will hear how he sings some of his scales.